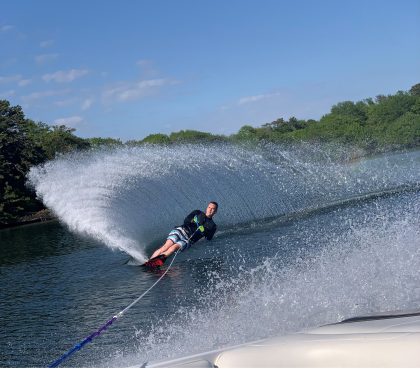 Stephan has over 13 years of experience working with closely held businesses. Instinctually, Stephan founded SPM & Co to extend his passion for growing a unique and distinctive experience for those on his team as well as each of his clients. This experiential environment was designed to produce first-class results that have a positive, long lasting impact on his clients, the community, and last but not least… his team members and their families.

Stephan focuses on working with his clients to provide them with the connected knowledge and tools to make confident, strategic decisions for their companies, thus bettering their long-term success. Given the current business climate, as challenging as it is, Stephan sees it as an opportunity to bring fresh ideas and creative solutions to his clients.

Stephan grew up spending summers on the Cape with his family until they eventually made it permanent. Settling into Harwich at the start of high school Stephan quickly immersed himself in the Cape lifestyle – complete with a rusty soft–top Jeep. After graduating as a Harwich High School Rough Rider, he joined the Navy and served 8 years as an Avionics Technician, completing 3 overseas deployments all on aircraft carriers – obviously saltwater runs through his veins. During this time Stephan also earned his degrees in Business Administration and Accounting & Finance. Upon his transition out of the Navy, Stephan started his career in public accounting working for a large CPA firm in Portland, Maine until his wife decided it would be best to move back to Cape Cod to raise their young family and dig their roots into the community where they would start an accounting and advisory firm that would help small business owners in the community thrive.

Stephan is highly involved in community endeavors on the Cape. He feels strongly about leaving a positive imprint on people’s lives both through professional and personal relationships, which is exemplified by his role on the Board of Directors for the Cape Cod Chamber and as President (Past) of the Board of Directors for the Yarmouth Chamber of Commerce, as well as past and present participation in support of the YMCA of Cape Cod; Cape Kids Meals, WellStrong and the Cape Cod Challenger Club (to name a few).

Personally, as a husband and father of two, time with family is paramount. Whether it is early morning water skiing sessions with the kids, coaching just about every sport, cheering on the sidelines of every Monomoy High School field hockey game, or family hikes that magically always end at a brewery – making time for family is critical to having some semblance of balance and true happiness. 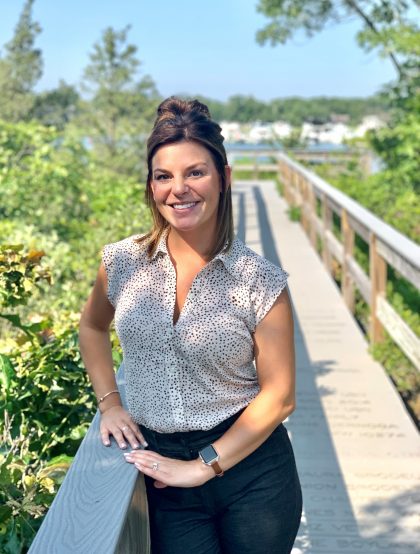 Lauren joined Stephan P. McMahon & Company as the Office Administrator in July of 2021.

She brings with her over 10 years of customer service and office administration expertise, having previously served as a Manager & Office Administrator in both the Hospitality and Diagnostic Health industries. Lauren’s outstanding multitasking and organizational skills enable her to provide all the administrative support to the SPM&Co team while ensuring our clients an excellent experience. Taking care of people is one of her true passions!

Lauren moved to the Cape 3 years ago with her husband to be closer to the water and all the Cape has to offer. When not in the office, Lauren enjoys going to the beach, getting lost in new books, and spending time with her family and friends. A serious animal lover, she recently welcomed two rescue dogs into her family, giving her two older cats a couple of new “big brothers.”

Ashley joined the Stephan P. McMahon & Company team as a Junior Accounting Associate in March of 2020 and has been going full speed ever since!

Jumping into public accounting only minutes before the start of a pandemic that placed enormous demands on the accounting profession as it worked to support its client ~ it was trial by fire right away and Ashley rose to the challenge.

With a strong dedication to, and respect for education she earned her bachelor’s degree in May 2021 and is now enrolled and pursuing her Master’s in Accounting (MSA).

Credential wise, Ashley is an Enrolled Agent (EA), and in so has demonstrated her knowledge of the tax code. An EA is the highest credential the IRS awards and enables Ashley to practice before them…lucky her! Ashley is also a QuickBooks Certified ProAdvisor with high-level skills and knowledge that will help businesses take full advantage of the tools QuickBooks offers, which in turn helps transform businesses into a profitable enterprise.

Prior to joining the SPM&Co team, she worked as a Payroll Specialist and Administrator, where she provided support to businesses, so they are well equipped to execute their overall goals.

The consummate team player, Ashley has quickly, and with a smile, made herself an integral part of the SPM&Co team.

Ashley grew up on the beautiful island of Jamaica and currently resides in Harwich with her husband and two children. Away from the office, she enjoys going to the beach, and taking nature walks with her family. 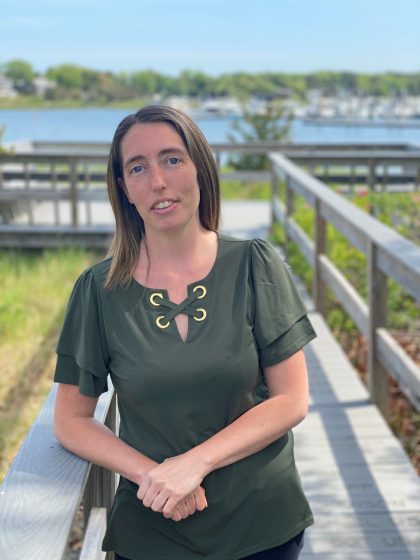 Theresa earned her associated degree in Accounting at Cape Community College and then pursued her bachelor’s degree at Bridgewater State University. Theresa’s accounting experience extends to working internally with both non-profit organizations and local business, after a season at H&R Block the tax bug bit her and she is excited to continue to grow her accounting and tax career at SPM&Co.

Outside of the office, Theresa enjoys spending time with her son, cooking, hiking, kayaking, and attending comedy shows. 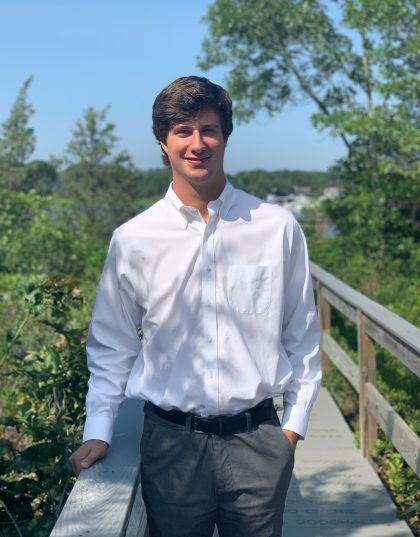 Brian earned his bachelor’s degree in Accounting from the University of Massachusetts Dartmouth in December of 2020. While attending school he was involved in extracurricular clubs like DECA which focuses on preparing emerging leaders and entrepreneurs to be career ready, and BAP (the honor society for accounting and finance) where he served as treasurer. This desire for professional development will continue to serve him well! As a recent college graduate, Brian is excited to start his accounting career at SPM&Co.

Brian grew up in the town of Pembroke and worked as a Foreman at a landscaping company for four years as he went through school. He has just recently moved to the Cape after spending time in the summers here. During his free time, he enjoys going on his family’s boat, traveling, hiking, and playing hockey.