No matter how many agents and staff the IRS has to work with worker classification remains a priority. The IRS will continue to seek back payroll taxes and penalties from companies that wrongly treat workers as contractors, due to the fact that unreported or underreported employment taxes make up a big chunk of the overall federal tax gap.

The IRS uses three tests to classify workers, with each of the tests made up of multiple factors.

The behavioral test looks at whether the company controls or has the right to control the worker’s job.  Key factors for employee status include instructions about doing the work, evaluation criteria and training.

The financial test looks at who controls the economics of the worker’s job. Being able to work for multiple companies and providing your own tools needed for the job are indicative of independent contractor status. Some factors favoring employee status are eligibility for reimbursement of travel costs and payment based on hours worked.

The type-of-relationship test examines how the parties perceive each other. Evidence of an employer-employee setup includes giving paid time offer and retirement benefits, as well as hiring the worker to render services indefinitely rather that for a specific time period or project. Written language in a contract stating the worker is an independent contractor isn’t determinative under this factor.

And in true governmental fashion, why have just one agency or department enforce an issue when you can have multiple… that do it differently…

The Labor Department is also getting aggressive about worker classification. It issued a tougher interpretation of the classification rules for workers under the Fair Labor Standards Act (FLSA). The proposed regs would rescind previous rules published by Donald Trump’s administration in early January 2021. The new proposal, which focuses on the totality of the circumstances, has a non-exhaustive list of factors for a company to considering determining whether its workers are employees or contractors. The rule, if finalized as proposed, is expected to increase the number of workers that are classified as employees when compared with the 2021 regulations.

Bloomberg article here for more information on the DOL regulations.

The DOL’s rules wont change the federal tax standards for worker classification. The Revenue Service will continue to use the three-factor test described above. But… the DOL, as is its practice, will share misclassification referrals with the IRS. If the DOL tells the Service that a company’s workers are employees for labor law purposes, the company will face an uphill battle convincing the IRS otherwise for tax purposes.

Keep in mind the IRS’s voluntary classification settlement program. Companies that have consistently treated workers as contractors and given them 1099s can voluntarily correct errors, pay a “modest” penalty and receive audit protection for prior years. A company needn’t have a reasonable basis for the misclassification. The company must agree to treat the workers as employees in the future and issues W2s.

So, as we close out one year and start another, evaluate those relationships, make sure they are correct on a go-forward basis and issue any 1099s and/or W2s as appropriate. 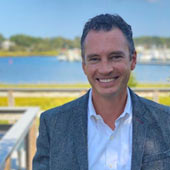